The Early History of the Diesel Engine 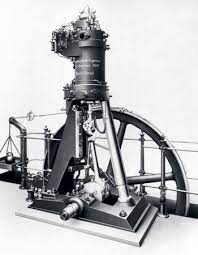 While it can be safely asserted that the Diesel engine was indeed, Invented by Paris-born inventor Rudolf Diesel (1858-1913). It is not the case that we can attribute to him the very first “diesel” engine.

“Diesel engine” has for some time been the generic term used to describe any compression ignition (CI), internal-combustion engine. An engine that has no carburetor or spark plugs but instead injects a fuel oil directly into the cylinder. Because the piston has compressed the air there in so tightly, it is hot enough to ignite the fuel with no spark. As a cold engine cannot ignite the diesel fuel, glow plugs are sometimes used to preheat the cylinder/mixture.

Diesel researched Cl engine technology for many years, testing a variety of fuels ranging from coal dust to thick tar-type oil. His engine design was patented in 1892-some two years after a patent for a Cl engine had already been issued to one Herbert Akroyd Stuart (1864-1927), of Buckinghamshire, England. Stuart’s patent is but one of several related patents jointly filed by him and Charles Richard Binney.

It was following demonstrations of Cl engines at the Munich Exhibition of 1898 and the Paris Exhibition of 1900. Diesel’s name became synonymous with both the style of engine and the kerosene-type fuel ultimately selected to power it. Excellent fuel economy and the non-explosive nature of the fuel itself ensured the engine’s widespread success.

Diesel actually foresaw the potential of (and ultimate need for) organically derived fuel sources. He died at sea after falling from the steamer, “Dresden,” in September, 1913.