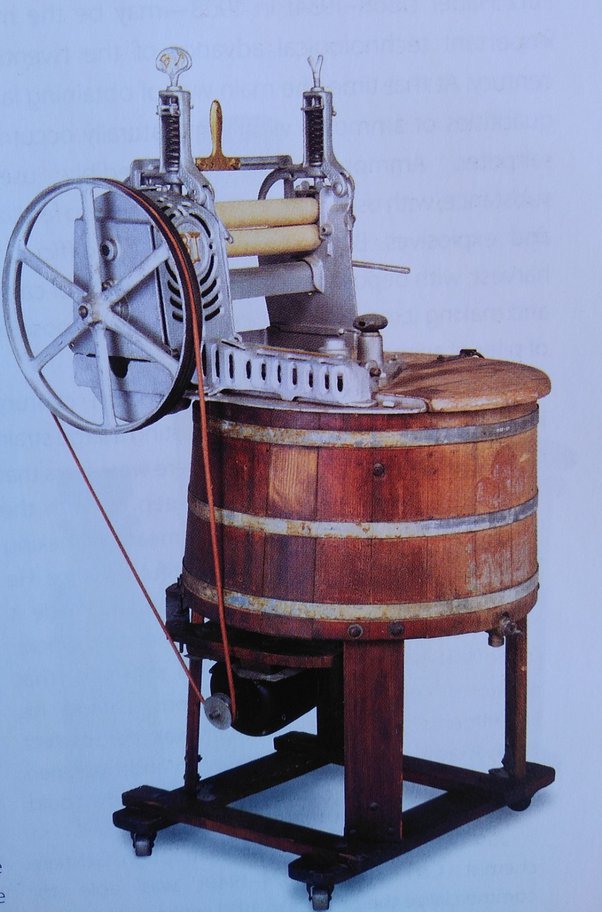 Washing clothes used to be work of drudgery, dubbed “the American housekeeper’s hardest problem but this problem has been largely solved by modern technology in the shape of the washing machine

Throughout history, various devices from the washboard to the mangle-have been invented to wash clothes more effectively and with less effort, but these still required manual labor by the user.

In 1858, Hamilton Smith patented a rotary washing machine. Cylindrical, with agitated water and revolving paddles, it was a first step toward modem machines. Others followed from other manufacturers. some combining the machine with the mangle. These early machines were still hand-cranked, but it was not long before motorized versions became available, either with fuel-burning or electric motors.

It was not until the early 1900s, however, that the Hurley Company first produced the “Thor.” Designed by Alva Fisher (1862-1947), it was the first electric driven washing machine to be mass-marketed. It contained a novel self-reversing gearbox that stopped the clothes from becoming compacted during the washing process. It was slow to catch on, partly because the electric motor was unprotected and spilled water could cause it to fail, and partly because any household rich enough to have electricity at the time was also likely to have servants, therefore negating the need for such a machine. As electricity became more widespread, however, the washing machine followed suit and is now an indispensable part of the household arsenal.